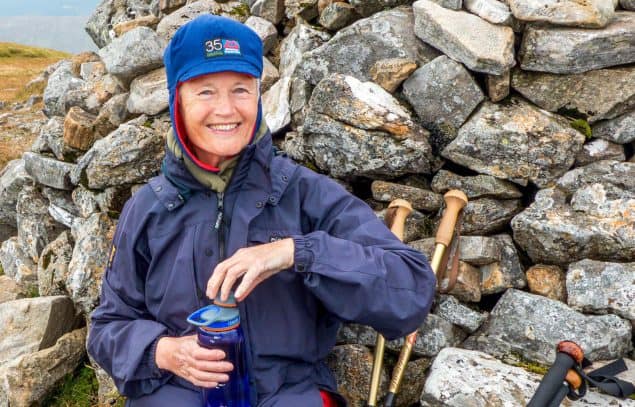 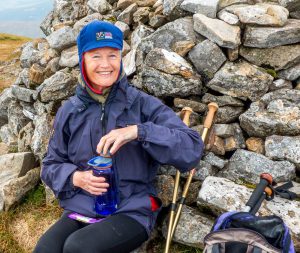 “I am, according to my family, officially a Grumpy Old Woman. Less of the ‘old’, please – I am only 62 and often feel a good deal less! However, I do admit to being something of a pedant, and shriek in annoyance at the poor enunciation by television newscasters, the mumbling of actors, and the fluctuating sound levels on modern television. As if that were not enough, where we live, admittedly out in the back of beyond, telecommunications do not receive high priority – our land-line sounds as though it is tied together with bits of string, and whole sections of conversation seem to drop out into the ether. Oh for the good old days, when the sun always shone, Robert Dougal read the news, and, even with their Scottish accents, Dr Finlay’s Casebook was the highlight of the week.

However, I began to wonder. Aside from lousy modern television (thank goodness for sub-titles!), and decrepit telephone lines, I was noticing that talking in social gatherings could be tiring, conversations in pubs and other loud environments a real challenge, and some tinnitus, with which I have lived for decades, and largely ignored, was becoming more noticeable.

But, my hearing is nothing like as bad as that of my aged mother, who has NHS hearing aids but resolutely refuses to wear them, so everyone has to shout themselves hoarse. The stubbornness of the elderly can be quite amusing, as they deny there’s anything wrong with their hearing – like my late father-in-law, who used to complain that my telephone voice was ‘too light and soft’ (not a comment I’ve ever heard from his son, or our children!), and reckoned his hearing was well-nigh perfect. No, I’m nothing like that – but one of our sons speaks so quietly on the telephone, I have to keep telling him to speak up, and I did stop short this Spring when my husband was amazed I could only hear the lower notes of a cuckoo’s call; it was clear as a clock to him! Hmm, possibly time to think about hearing aids, but I did keep that dark thought to myself for quite some time.

My parents’ experience of bog-standard National Health Service hearing aids didn’t inspire confidence; neither could get on with them, nor did they find changing batteries easy; they found it simpler to guess at conversation by attempting to lip-read – or retreating into their own little worlds and switch off altogether. However, I found the idea I might be missing something – anything at all! – really annoying, as I’m definitely not one to accept any restriction of activity by some physical failing, so some internet research was clearly required – even if unobserved, and ‘on the quiet’.

That’s when things became confusing: there’s a plethora of alternative aids and treatments out there, each and every one (apparently), the best high-tec. solution available! What was evident was the need for a proper, professional hearing test, but to whom to turn – the high-street, where hearing tests often appear to be an adjunct to the main livelihood of eyesight correction? Or an independent audiologist – whose advice and products might well prove more expensive?

After much pondering, and personal psyching-up time, I decided upon a visit to an independent hearing centre, but, dissatisfied with what was on offer locally, I had to take to the internet and look further afield. I set about trying to find a reputable audiologist, within reasonable striking distance – but, above all, one in which I could have confidence, and trust. Enter RJ Donnan Hearing Care, with what seemed like a very long list of very satisfied customers.

An immediately impressive attribute is that they offer a free trial of hearing aids – you go, have a test, and, if after full evaluation, it seems you need hearing aids, you can walk out, that very day, with a set to try (gratis), a second appointment date, and encouragement to contact the branch if you have any problems at all during the interim. Upon returning to the branch, if you are unhappy with those aids, there will be no awkwardness, you can simply be re-evaluated, and fitted with another pair to try.

Looking at the map of their multiple branch locations, they were spread in a broad belt right across the north of England, and all in places with good transport links. I reckoned I could manage to get to Skipton, and rang to make an appointment, but then the delightful May telephoned me from Oswaldtwistle to say she had been on to a route-finding website and thought it would be easier, and quicker, for me to drive to Oswaldtwistle – there was also ample free parking outside, and they could offer me an appointment that Saturday (two days’ time!). I was most encouraged – the ball was rolling!

Saturday saw me at Oswaldtwistle, where I found that audiologist Mr Donnan (Rob), does indeed inspire confidence. He never seems rushed, and has the ability to latch on, very quickly, to what sort of person you are, and how a hearing loss affects you, personally. And then he sets about the process of putting you in control of your environment once more.

The actual hearing test was conducted very thoroughly, and although the results showed some hearing loss, it was not major – but for a perfectionist like me even this was unacceptable, so I decided hearing aids would be necessary, and Rob proceeded to advise me.

The upshot of that first visit was that I left with a pair of Phonak hearing aids, and was very pleased with the ease of wearing them. However, I did find that, for me (and it is important to note that everyone is different), some sounds came through a little strangely. I kept notes of this, so that on my second visit to Rob I was able to give him a list of my perceived pros and cons of these particular hearing aids. After deliberating over my findings, Rob whipped out a pair of brand-new model, Oticon hearing aids, which he said a few customers had been trialling and the results were most encouraging. He said he’d be interested to hear how I found them.

Off I went again. I made one phone call to Rob, to check up on some feedback noise I was experiencing, and then settled down to wearing the new aids with absolutely no problems at all. Amazing, high-tec devices which sit snugly behind my ears, they were marvellous. I delighted in wearing them to noisy pubs and other social gatherings, being able to join in fully, without any stress, even with multiple conversations going on around me – and that, surely, must be the greatest test. Equally, outdoors, in windy conditions, they did their job perfectly, without me even noticing, and there was no conflict with wearing hats or earphones. Perfect.

Friends and, especially, family, were delighted to be told I had taken this step of acquiring hearing aids, but, initially, it was amusing that no-one was aware I was wearing hearing aids – they are darned near invisible, with one friend having to touch them to be convinced of their presence. After this experience, though, I have become very aware of contemporaries who are having to adjust to their own slight hearing loss. There are more of them than I had realised – and they are probably unaware of it themselves!

At this point it is worth mentioning that whilst I was trialling my hearing aids they were ‘linked’ to a website, so that Rob could tell, remotely, for how long I had been wearing them, or whether I had turned the volume up or down, etc. – basically, how I had been using them. Sounds a bit creepy, but it doesn’t assess you, personally, just how much work the hearing aids have been doing – which is something you might not be aware of yourself, if the aids (as in this case), are doing their job well.

During my third visit to Rob he made some minor adjustment to the hearing aids and then he just made sure I was totally happy with them, and totally committed to using them. Apparently there is a period of adaption to the aids, by the brain, which would take about three to nine months – it is nothing like wearing spectacles, and one does need to wear them most of the time (and that doesn’t mean just putting them in as you go out of the door on your way to a party, as one television advert would have you believe!), therefore, during this period there would be several follow-up appointments when Rob would check and ‘tweak’ the aids to suit me and my personal circumstances.

Then it was time to pay. These wonderful hearing aids are not cheap, but it always amazes me how people will reasonably happily accept having to wear spectacles (even if only for reading), and pay for them, but when it comes to hearing aids, oh no! I suppose the decline of hearing is often more insidious than of sight – perhaps you don’t notice not picking up small sounds any more, but when you do realise, it seems it is something to be kept quiet; something to be ashamed of; something which declares you are old and decrepit. But is it? Why accept a natural loss of an important sense? As with sight, our hearing is going to decline over the years, but why slide further and further into an aurally grey world, and, in effect, withdraw from social occasions, or cease enjoying the sounds of nature? Especially when you don’t need to. I have found the experience of wearing these neat, unobtrusive, devices, quite liberating – they are so user-friendly, and mean one can tackle any environment with total confidence.

I’m glad I made the step towards better hearing. Rob’s prices are very competitive, the back-up customer service is excellent, and you always know there is someone there on the end of the phone to help if you have any problems at all. And that was what I wanted – good hearing, with no compromise to my life-style, and, above all, trustworthy support.”

I can confidently recommend RJD Hearing Care at Cleckheaton for  anyone considering  hearing aids for the first time or for  someone, like  me,  who  has  worn  them  for  years  but  had  become  very dissatisfied with the service and prices at my existing private hearing specialist. From  my  first   appointment  I  found   the   staff   friendly   and   helpful  and  R  J  Donnan’s  caring, knowledgeable and honest approach was both refreshing and a confidence boost. Nothing  was  too much effort in finding the best solution  to  my  complex  hearing  loss. I am very happy with my new hearing aids and confident of excellent after care from this Company.