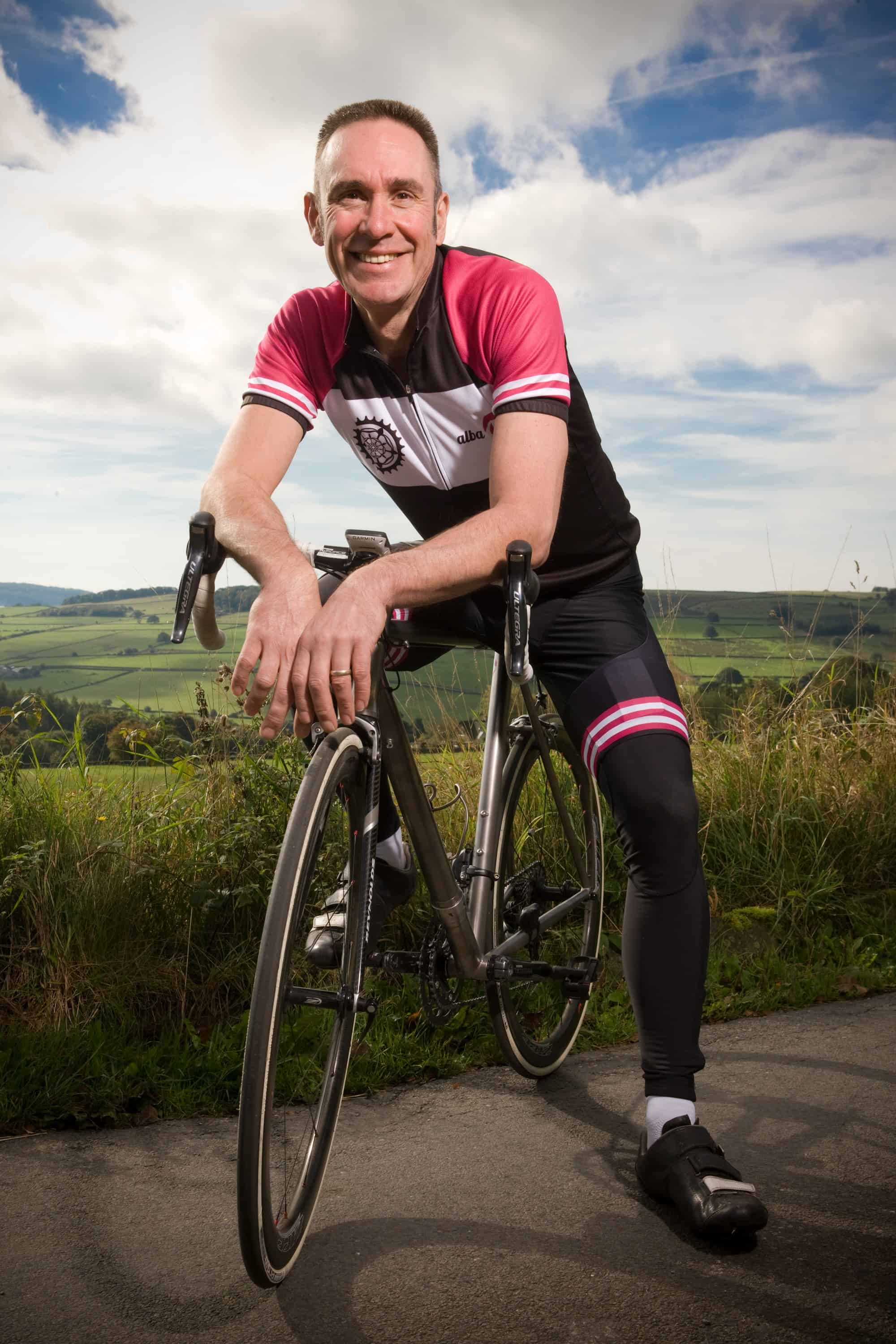 “I finally faced up to my problem one summer evening, strolling up the road on the way for a drink with my teenage daughter. She was on my right hand side – and chatting away. I could hardly hear a word she was saying.  In hindsight, all the signs were there – and familiar to those of us who now wear hearing aids. I asked people to repeat things. A lot. I had the TV or radio on louder than everyone else. At parties, or in the pub, I struggled to hear the person talking to me over the hubbub. I’d even returned a pair of headphones, claiming they were faulty because the sound on the right had side was muffled and close to inaudible. I’d ignored all the signs, but I couldn’t carry on doing that. Was I deaf on that side? It was time to find out. It was a big decision – and one I wasn’t too fond of pursuing to its conclusion. I was only fifty two, running my own company in television production and in my free time leading an extremely active life indulging my passion (my wife would say obsession) for road cycling. Whilst it’s never a great idea to be complacent, life was pretty sweet – on the grand scale of things, I didn’t have a lot to worry about. So I really didn’t want to be deaf.  But having made the decision, there was little point in delay. I made a private appointment with an ENT specialist for a hearing test and examination. It didn’t take long. I had quite severe loss on the right hand side and a mild loss on the left. It was “idiopathic” – this is doctor-speak for “We have no idea why you’re deaf.” There was one highly unlikely thing that needed to be ruled out, which is a common cause of single-sided deafness, namely an acoustic neuroma. You don’t want one of those, but an MRI scan, arranged through the NHS, provided reassurance.

I wasn’t dying, I was just deaf. Now what? The immediate priority was a cycling trip to the Alps to climb a few hills, watch a race – and reflect that I was now officially deaf. Over a few beers with my mates, the way forward emerged: The problem wasn’t going to fix itself – I was going to need hearing aids. I wasn’t thrilled, but I just needed to get on with it. I hit Google when I got home – and emerged a couple of days later, thoroughly confused. I work in a highly technical industry, I’m a fully paid up gadget-freak and I’m pretty clued up on electronics and technology but the choice was overwhelming. I needed a human being to help me – and one who knew what they were talking about. I found Rob on the web, and a few days later, he was sitting across from me at the dining room table. I feel a bit sorry for audiologists in this position – they tend to be the focus of your frustration that one of your essential faculties has gone south, never to return and dealing with people who are essentially in a state of shock can’t be easy.

Rob was very patient – and explained that my dream scenario, a hearing aid that would be invisible, have eternal battery life and would restore my hearing to 20/20, was probably not going to happen. He took me through the options and guided me towards a Behind-The-Ear (BTE) CROS system.  The system would place a tiny box of tricks, nestling just behind the ear, on my bad side. In it – a microphone which would gather sound and send it, via Bluetooth, to a second box of tricks on my good side. All the sound would be channeled into my good ear – with some impressive electronics mixing it and processing it to make it sound as natural as possible and to fool the brain that the bad ear was working. There was an inevitable period of adjustment. No matter how good the electronics, the new sound is different. I now know that it’s called “processed” sound. It sounded artificial and a bit weird. But gradually, I became accustomed to it.

Not overflowing with happiness, but adapted – and three years later, the adaptation process continues.  I think Rob probably finds me one of his more demanding clients. I had him back several times to tweak the sound and the volume in the early months – and his patience and knowledge was always exemplary. He refrained from giving me the hard sell on new products or advances in software and hardware, but, continuing to do my own research, I am now on my third CROS system. The principle remains the same, but the technological advances are substantial. My latest Phonak system is much better than anything I’ve had before – the sound is very natural and the ability of the software to learn from the various sound environments I encounter is incredibly clever. Of course, it’s not been cheap. Rob does price keenly and he has given me good deals. But I have spent thousands of pounds trying to defeat my disability. Three years on, my life has changed. Some of it was going to happen anyway, and some of it was a consequence of being deaf. I am reluctant to do some things that I used to do. But my main interests remain the same, I still greatly enjoy life, I still ride my bike up mountains, and nowadays I just try to see deafness as part of life’s rich tapestry. It could be a lot worse . . . . . and every few weeks I get to have a good moan at Rob.

In conclusion – if you find yourself in my position, I’d give the following advice: Don’t think that a hearing aid will restore your hearing to perfection. It might, but it’s unlikely. You have to learn to deal with being a bit deaf and you will work out strategies that help. As in many areas of life, you get what you pay for. The more expensive hearing aids do produce better results. Tell people that you’re a bit deaf. It removes embarrassment and everybody I’ve ever told has reacted positively.