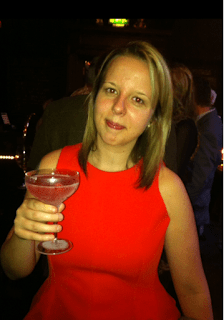 I have bought Apple products for a number of years and I’m always keen to keep updated on the most up to date technology and accessibility features. Recently, I was lucky enough to get an Apple iWatch so decided to write a review on how accessible it is for people who are deaf/have hearing loss to use the iWatch. Here are my 5 most important functions of the iWatch.

Firstly, the most important function for me has been using the vibrating alarm. I have had a few scares recently where I haven’t been waking up to my usual iPhone alarm and nearly missing work! I really like the vibrating function on the wrist. It’s strong enough to wake me up in the mornings, and also plays a ping noise alongside the vibrations. Using an “under the pillow” vibrating alarm is old technology if you’re wondering why I’ve chosen to use this as my alarm now. Also if you sleep alongside someone, it wakes them up too as the vibrations are vigorous and shake the whole bed. Let’s just be honest, who wants to be woken up that way?

Secondly, the ability to stream music from the iWatch to my Oticon Opn1 hearing aid is fantastic. I am able to choose my playlist from my Apple music account through the watch, and it connects via Bluetooth straight into my ear. No one else is able to hear the music other than me which is useful when I’m in the gym, as I can leave my phone in my bag so not to distract me.

Thirdly, I have downloaded the Oticon app and currently use the programme function on the iWatch. This has been particularly useful when I have been learning something unfamiliar, and need to write notes as well as trying to listen to what is being said. I have been able to change the volume up/down, and use the mic function to stream sound into my ear. The majority of my time using the mic function has been in meetings, (when I want an extra ‘boost’ from the leaders voice), I can concentrate less on lip-reading and become more involved in discussions.

Forth, the notification options. I enjoy having the option to choose which notifications come through a vibration from my iPhone to the iWatch. I currently have calendar notifications set up. This has been useful to remind me of my ENT and Audiology appointments, and what time I need to leave to travel to them. I also use the text notifications through the watch. The option to reply using voice-to-text has saved me time when my phone has been elsewhere! It recognises exactly what I want to say each time and I haven’t had any problems with incorrect wording or grammar so far. Another app I have been using frequently is the exercise/health app already incorporated on it. I was able to set a daily target for movement, exercise and standing. The iWatch vibrates on my wrist to remind me to improve my stats if I haven’t moved for a while, or if I’m not on track to meet my target. This has provided me with mental encouragement, especially as the majority of my day to day job is sat down at an office desk.

Fifth and final, the telephone function. The iWatch allows you to make a list of your ‘favourite’ contacts from your phonebook, which you can then touch their contact number/picture from a list, and the call will stream through the iWatch to my Oticon Opn1 hearing aid. Again when you receive any calls, these come through the vibration feature which has been useful as I don’t miss important calls, and I can dismiss any calls I think may be unwanted by pressing the dismiss icon on the watch. The ability to stream the phone calls straight to my Oticon Opn1 has meant I am able to hear the conversation more clearly, as there is no background noise to distract the conversation. This has really boosted my confidence, and I now use the telephone frequently.

‘Apple’ ‘iPhone’ and ‘iWatch’ are Trademarks of Apple.